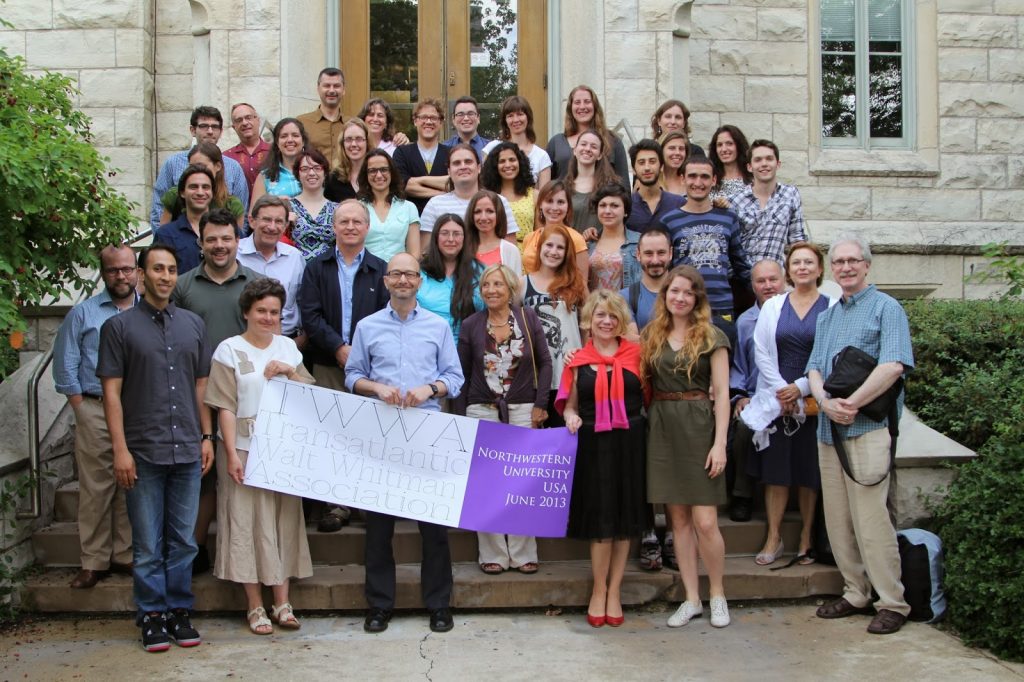 The international instructors for 2013 were:

Ivy Wilson (Associate Professor of English and Director of the American Studies Program at Northwestern University), author of Specters of Democracy: Blackness and the Aesthetics of Politics in the  Antebellum U.S

In 2013, the 150th anniversary of Lincoln’s Gettysburg Address and the Emancipation Proclamation, TWWA welcomes papers discussing Walt Whitman’s writings in relation to any aspect of the U.S. Civil War in national or international memory. In addition to papers that interpret Whitman’s work in terms of the War between the Northern and Southern States, we also welcome papers that approach Whitman either hemispherically or globally, focusing on the legacies, significance, and lasting consequences of Whitman’s writings as they have circulated, been translated, revised, and reworked by different language constituencies, nationalities, and literary schools in Central and South America and in the Northern and Southern hemispheres of the globe more generally.

Special events during the week included: